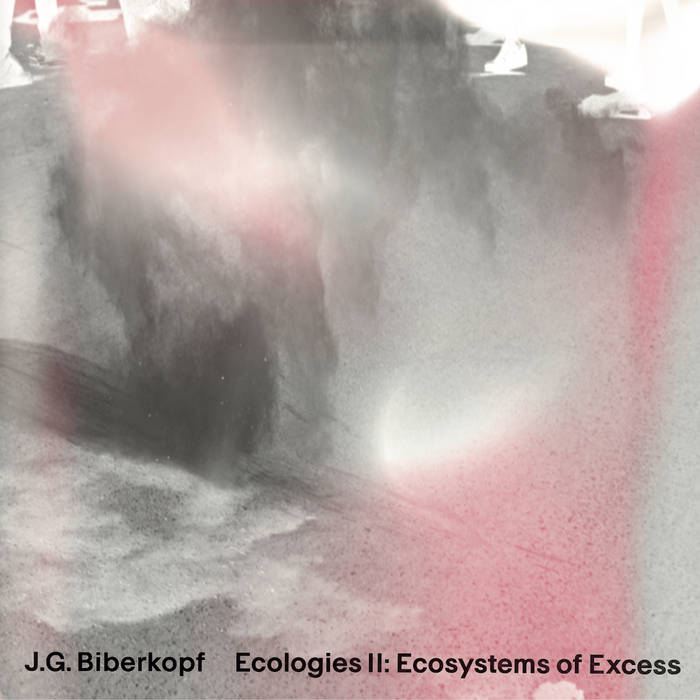 No Fear Of Pop

Brought up in Vilnius, Lithuania, Gediminas Žygus was first attracted to making electronic music by easy access to pirated software and the comfort of solitary creation. “Music to me was a reaction to the social environment - creating a voice, a reaction to being overwhelmed and not being able to change anything.” Currently his focus and music are driven by the influence and abstractions of theory, thinking about the way global politics shapes the earth’s ecosystem and the architectures and infrastructures of power.

‘Ecologies II’ was made in a year that amplified the anxieties on the pages he’s been reading, where theory meets the real head-on. The album was made mainly in Lithuania while living in an apartment which had “a detailed panorama of Vilnius where you could analyse the city as a complex ecosystem”, which is also a good way of understanding the flow of the album too; the music on ‘Ecologies II’ is dense, flowing with ideas and sonic undercurrents, made for deep listening. It was also made in response to travelling the megalopolises of South East Asia which helped bring a new awareness of the world system, climates and the thick matrix of social and political order.

The album itself is an assemblage of field recordings that are manipulated and fused with digital programming, melody and design to startling effect, resonating with power. The album is like a supple, accelerated take on musique concrète and its techniques, subsumed into the digital realm, to the point where it’s hard at times to work out where the digital and the real start and end, but at others, the contrast is violent and raw.

There’s drama and melody in the music; there’s implied narrative. The album is of course indebted to some of the familiar tropes of club music but only in the sense that its forms are a starting point. The familiar use of melodies and the driving energy are forced to breaking point and intensified, escaping easy categorisation or perfunctory uses. But that’s not all. Tracks such as the melodic ‘Dust’ stop and start with trapped sampled voices underpinning the lush strings, ‘Preacher’ throws the pleading of a minister into a tense mesh of flickering voice and pumping heartbeat-like kick drum. Other parts are more or less ambient, such as ‘Irreversible. Black Atlantic.’ where underwater recordings exhibit creaking depth, against a swelling horn part. Other tracks seem to be ecosystems of their own. It’s a complex album rewarding repeated listening.

Bandcamp Daily  your guide to the world of Bandcamp